Dr. Joe Underwood teaches television production at Miami High School in Miami, Florida where he has been teaching since 1985. Dr. Underwood served as the school’s Head Certified Athletic Trainer for 16 years while teaching before heading into the classroom full time in 2001. He has taken his program and his students to new heights by expanding the television production facilities and providing “Real Experience for Real Careers” for his students by working with community members in need of video production services. Dr. Underwood’s students have worked on projects ranging from Safe Boating messages for the United States Coast Guard, a training video for college football officials in the Atlantic Coast Conference, and many projects with South Florida law enforcement agencies. Dr. Underwood has proudly earned 12 state championship rings in basketball serving in several capacities with the school’s basketball programs. Dr. Underwood became Nationally Certified in 2003. He is a member of the Athletic Trainers’ Association of Florida Hall of Fame, the National Teachers Hall of Fame, and has received numerous awards for his teaching including being named a Disney American Teacher Honoree, USA Today All-Star Teacher, Toyota International Teacher Ambassador to the Galapagos Islands, Japan Fulbright Memorial Fund Teacher Ambassador (Japan), 2010 Florida Education Association Teacher of Excellence, 2011 Pearson Global Fellow (China), and most recently Dr. Underwood was named a 2018 NEA Foundation Global Fellow (South Africa) and a 2018 Top 50 Finalist in the Varkey Foundation Global Teacher Prize.

Getting to the Top 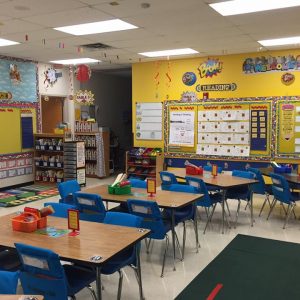 How does a guy like me get to be named one of the top 50 teachers in the world out of 30,000 applications? I have been asking myself since I was honored by the Global Teacher Prize. It all starts with my wife and a suspended student. Nancy and I were married less than a year. She was teaching. I was going to castings for commercials and movies. She informed me it was fun seeing me on TV, “but, there’s no money. My parents and I think you would make a good teacher.” Luckily, her father was an administrator at…