Yolanda Michelle Harman presently serves as Assistant Principal of Northern Garrett High School for the Garrett County Public School system. She taught at NHS and served as science chairperson from 1990 - 2013. She was also the Supervisor of College and Career Readiness for GCPS (2013 - 2017) and Supervisor of Science and Mathematics for WCPS (2017-2019). This is her 32nd year in the state of Maryland educational system, her 30th year @ NHS and her 3rd as Assistant Principal. Dr. Harman earned her B.S. in biology from Gannon University and her teaching certification from Frostburg State University where she also obtained her M.Ed. in Administrative and Supervision and a Doctor of Education as a member of the 1st Inaugural Cohort of the program. In 2000, Dr. Harman achieved National Board for Professional Teaching Certification which she successfully renewed in 2010. She is in the renewal cycle again with a December 11, 2021 determination of achievement of this credential. Dr. Harman was a former MD Biology Teacher of the Year (2001), Garrett County Teacher of the Year (2005), MD Teacher of the Year finalist (2005), Christa McAuliffe Fellow (2002), and USA Today Teacher of the Year (2001). She has served as an AP Biology reader and table leader since 2000 (-present), MD and AP Assessment Question Writer (various), Toshiba Exploravision Judge (1990 - present, and has reviewed/edited Modern Biology textbook for Holt, Rinehart and Winston (in the 2000s)In 2013-2015, Dr. Harman served on the Governor's Task Force for Senate Bill 740. She currently serves as the Past President for the Maryland Science Supervisors Association, a Board Member for Western MD AHEC, and a MASSP Board Member.

The Importance of Building Relationships…and Repairing Them 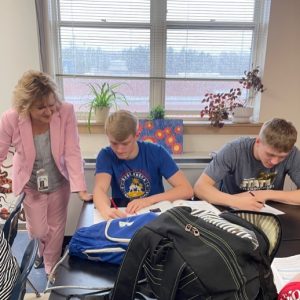 So this happened.  Generally, I am relatively easy to get along with – people like me. Not so much last week when a confrontation with a student escalated to a point where I lost my cool. It happens – in the classroom, in my office, in any work environment, and in relationships. The problem in this particular case was that there was no relationship with this student…yet. The incident. I was called to another location in the school building because a student was refusing to move from that location and becoming increasingly oppositional. Some background information:  new student about whom…

Tales from the Pandemic: Lessons learned as an administrator during COVID-19 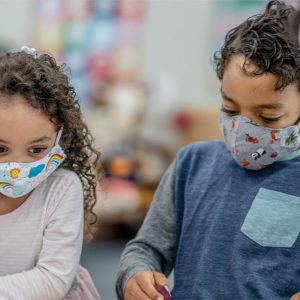 Starting the School Year. As a school-based administrator entering my 3rd year in a building, I have experienced very little “normal.” I thought this year would be different.  Er, rather, I hoped. Here we are on the Friday before teachers return.  COVID-19 numbers are surging.  Mask wars are on full-scale. Staff members are stressed already. My question is – How do I take care of everyone and still take care of ME? COVID ponderings. On March 13, 2020, the sudden, unexpected halt to education (& sort of the world in many ways) came at us like a freight train in…

Why administrators should consider National Board Certification 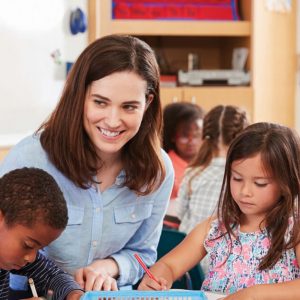 Is NBCT for me?  Of course! In the year 2000 when I achieved National Board certification, nobody in my district had attempted nor had achieved certification. So I decided to take that plunge! I initially sought National Board certification because I wanted to continue to build my mastery of teaching and I thought going through the process would be a challenge, and ultimately worthwhile. Turns out, there are also some potential, and enticing incentives waiting around the corner for administrators with National Board Certification. Money should never be the motivator for growing professionally (although it does not hurt)! Why NBCT? …